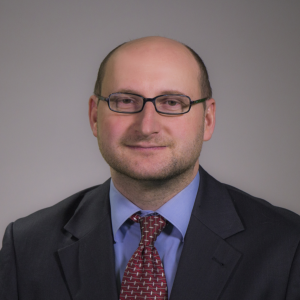 A graduate in Political Science, History and Law at Masaryk University, Lubomír Kopeček focuses on party and political systems in European countries, theories of democracy, and Czech politics. He has been teaching at the Department of Political Science, Faculty of Social Studies, Masaryk University since 2001, and in 2012 became involved in the International Institute of Political Science. He has authored (or co-authored) several books and dozens of articles in political science journals, both at home and abroad, and has been principal investigator on several grant projects.

His most important publications include the monographs Politické strany moderní Evropy. Analýza stranicko-politických systémů (Political Parties in Modern Europe: Analysis of Party Systems, with M. Strmiska, V. Hloušek and R. Chytilek, Prague 2005), Demokracie, diktatury a politické stranictví na Slovensku (Democracy, Dictatorships and Partisanship in Slovakia, Brno 2007), Éra nevinnosti. Česká politika 1989-1997 (The Age of Innocence. Czech Politics 1989-1997, Brno 2010), Origin, Ideology and Transformation of Political Parties. East-Central and Western Europe Compared (with V. Hloušek, Aldershot 2010), and Politické systémy (Political Systems, with V. Hloušek and J. Šedo, Brno 2011). He is a member of the committee of the Czech Society for Political Science, the scientific board of the Faculty of Social Studies, Masaryk University, and of the working group for social sciences at the the Czech Republic’s Accreditation Commission.