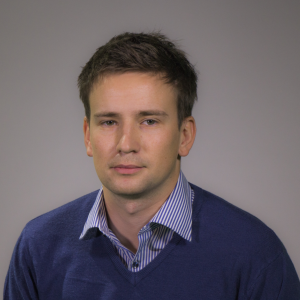 He is a Research Fellow at the International Institute of Political Science, Masaryk University. His research interests cover hybrid regimes, electoral violence and conflicts.

He published his papers in Terrorism and Political Violence, Journal of Southeast European and Black Sea Studies, Democracy and Security or World Political Science. He is one of the co-authors of the publications Challenges to Democracies in East Central Europe (London, New York: Routledge 2016) and Demokratizace a lidská práva. Středoevropské pohledy (Brno - Praha: MUNI Press – SLON 2013 and Krakow – Brno: Osrodek Mysli Politycznej – Uniwersytet Masaryka 2016). He is currently finishing his book Electoral Violence in the Western Balkans. From Voting to Fighting and Back which is going to be published by Routledge in 2017 (London, New York: Routledge 2017). In the past, he went through several visiting study programmes at the Centre for Conflict Studies, Utrecht University; European Centre for Minority Issues, Flensburg; and Central European University, Budapest. In 2013, he spent 10 months in Serbia/Western Balkans as a Visiting Research Fellow at the Faculty of Political Science, University of Belgrade. Since January 2017, he is a Visiting Fulbright Scholar at the Department of Political Science, Yale University. He regularly lectures on transformation processes and political violence in Central and Eastern Europe. See more www.mochtak.com.