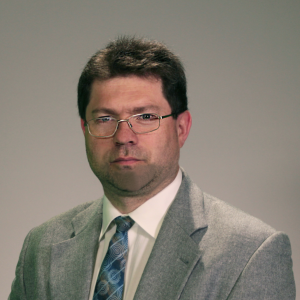 Zdeněk Kříž graduated in political science and history at the Faculty of Arts at Masaryk University. He became professor of Political Science in 2020.

In further training he completed the courses “1st Security Policy and Defence Management Course” (Centre for Defence Studies in Aberdeen and Centre for European Security Studies in Groningen) and “Leaders for the 21st Century Course 99-2” (George C. Marshall European Center for Security Studies). In 2009, he studied U.S. National Security at the U.S. Winter Institute (University of Delaware, Newark, USA).

He specializes in history of world politics, history of armed conflicts, international security organizations, German and Czech security policies, and civil–military relations. He has authored or co-authored five monographs and dozens of peer-reviewed articles in domestic and foreign journals, including studies indexed in Web of Science and SCOPUS, and dozens of popularizing and journalistic texts.

In 2006–2010 Professor Kříž participated as co-investigator in the German PRIF project “The Image of the Democratic Soldier in European Comparison”. He was also lead investigator in national projects funded by the Czech Science Foundation (NATO Adaptation, Armed Conflicts after the Cold War) and by the Czech Academy of Sciences (Civilian Command and Democratic Control of the Czech Armed Forces). In 2017–2019 he was lead investigator in the Czech Science Foundation project “Germany and military out-of-area operations: civilian power, trading state, or middle power?”

He is currently lead investigator and manager of the Czech Ministry of the Interior grant “Methodology for the forecast, early warning, and prevention of threats to Czech internal security from regional armed conflicts”. This project is set to conclude in 2020.

He is also involved on a long-term basis in specific research grants at MU. He has successfully supervised 14 PhD candidates.

In 2010 and 2011, he was part of the Czech Defence Minister’s expert team producing the “White Paper on the Defence of the Czech Republic 2011”.

Professor Kříž has been the Head of the Department of International Relations and European Studies, Faculty of Social Studies, Masaryk University since November 2019.