Jirušek and Vlček on Economic and Energy Transition in the Baltics

13.10.2020/ Martin Jirušek and Tomáš Vlček contributed to a new book titled "From Economic to Energy Transition: Three Decades of Transitions in Central and Eastern Europe". The book was published by the Palgrave Macmillan publishing house and deals with economic and energy transition in post-communist countries of central and Eastern Europe. Special attention was dedicated to the impacts of the transformation on the energy sector.

Martin and Tomáš wrote a chapter titled "Structural Changes in the Baltics and the Russian Presence: Ramifications for the Region's Energy Future" in which they deal with the development in the Baltics. They analysed the most relevant topics within the economic and energy transition with special regard to geopolitical implications of these processes in the region, most notably in relation to Russia.

The book is available on this link.

6.10.2020/ Martin Jirušek presented his take on the position of central European countries in light of the post-pandemic recovery and pertinent policies in the…

Hloušek and Kopeček on European ties of the ANO Party

29.9.2020/ Do you feel that there is something strange on the “match” between more and more Eurosceptic and less and less liberal ANO and the group… 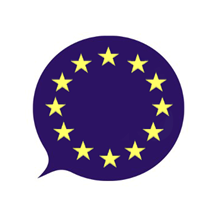