IIPSCo dělámeNovinky Call for papers: The 2021 general election in the Czech Republic

Call for papers: The 2021 general election in the Czech Republic

25.10.2021/ A special issue of the Czech Journal of Political Science, to be published in October 2022. The special issue will include 5-8 papers which will have to pass a regular double-blind peer-review at the Journal.

The Czech general elections of October 2021 brought fascinating and unexpected results. First, the electoral campaign was dominated by a populist vs. anti-populist divide, i.e. by a battle between the governing political party ANO (and its potential allies) and two challenger electoral coalitions. The formation of the two coalitions and an unprecedented pre-electoral concentration of party competition was another important feature of the election. For the first time in history, the Communist Party did not cross the electoral threshold and is no longer present in the Chamber of Deputies. The same is true of the Social Democratic Party, the oldest Czech political party. On the other hand, support for the far right remained stable. The likely outcome of the election is that a right-centre government will be constructed with the participation of five political parties.

The electoral results thus imply a set of interesting questions: Has the 2021 general election signalled a liberal turn in Czech politics? Was reliance on populist issues in the campaign a good strategy for Andrej Babiš? Why did the traditional left fail? As an intense electoral campaign resulted in one of the highest levels of turnout since 1998, who was mobilised and why?

Submissions should be empirical and address one or more of the aspects of the 2021 general election in the Czech Republic listed above. They may take a comparative perspective on Central Europe and beyond. Review articles on contemporary Czech politics or politics in Central Europe are also welcome. All papers accepted for publication will employ rigorous research methods and test, challenge or propose adjustments to the theoretical frameworks in social sciences.

The deadline for the submission of abstracts (300–400 words) is 20 November 2021 23:59 CET. They should be submitted directly to the editor Vlastimil Havlík: havlik@fss.muni.cz.

Should you have any enquiries, do not hesitate to contact Vlastimil Havlík. 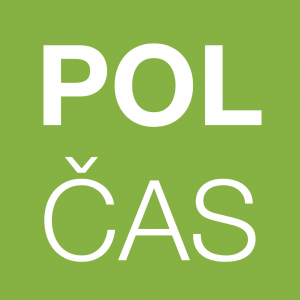 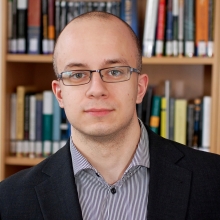 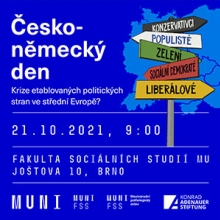